A Companion Piece to Leviathan Wakes 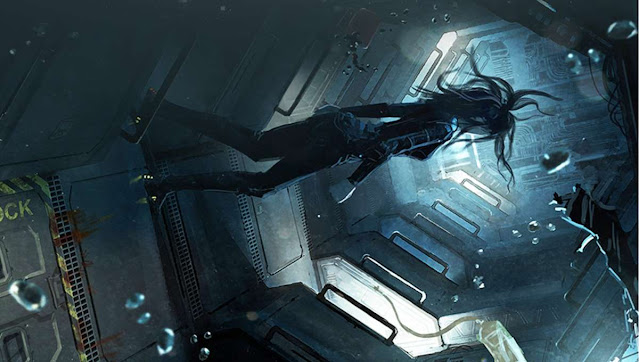 Leviathan Wakes was the first novel of the The Expanse novel series. It sets in the future where humans have mastered space travel. Mars had been colonised, and asteroids were modified to fit human life. Wars broke out between people on Mars and people on Earth. The people in the asteroid belt were caught in between the fights. While a fragile peace is currently in pace, no one knows how long it will last. A mysterious item was discovered that will change the course of history.
The book set the stage for the events of the rest of the series. There are a lot of people, locations and events presented in this book, and it may be difficult to keep track of all of them. This post aims to list all of the important elements. It aims to help people to understand the story without spoiling the book.

Here is the link to the book on Amazon.com. You can also purchase it on Amazon UK.
If you are looking for purcashing multiple books, you can buy the first 8 books using this link.

The novel series was written by James S. A. Corey. It's the pen name used by collaborators Daniel Abraham and Ty Franck. Ty Franck was the personal assistant of George R. R. Martin. Together they wrote Leviathan Wakes.
The novel series uses a first person driven writing style similar to A Song of Ice and Fire. The stories follow the individual characters’ points of views. Each book follows a set of characters.
A TV series was made by Sci-Fi channel. However, Sci-Fi later dropped the series due to its high production costs. The show was picked up by Amazon after the fan partition. It’s currently only available on Amazon Prime Video.
In addition to the original novel series. A series of short stories were also written by the authors. Other media such as comics, board games and role playing games were also created.

The people that were born and raised on Earth are called Earthers. The lack of jobs is a huge problem on Earth. Many people were living on government handouts (i.e. BASICS). The Earth government demands a lot of resources in order to support its populations.
Martians
People have mastered space travel in the future. Some of the Earth’s best and brightest scientists and engineers left Earth. They traveled to Mar with the hope of terraforming it to support human life. Everyone calls them and their children Martians.

Resources such as ice and minerals are essential to sustain human life in space. Many people moved to the asteroid belts to mine those resources. Some big asteroids were modified to fit a city inside. People who live in the asteroid belt experience very low gravity. Therefore, their children don’t have the same bone and muscle density as an Earther or Martian. They grow very tall and thin. Some have bigger heads. Their body can not live on earth without treatments (an excruciating process). The success rate of these treatments is less than two thirds. Eventually belters developed their own languages.
The War
Martians consider themselves to be better than the people on Earth. They think Earthers are lazy, and they don’t deserve any support from Mars. A war broke out between Earth and Mars when Mars declared independence from Earth. The result? Many people were killed including the belters. Mars’ terraforming project was delayed for centuries, while the Earth government has to acknowledge Mars as an independent entity.

While Earth and Mars recognise each other's sovereignty. Both consider the belters their property. Both force their own policies on to the belters. Usually whoever is winning the war is in charge.
Belters have no rights of their own. Life is hard and dangerous in the asteroid belts. They were made even harder after being squeezed in between two powerful governments. Many belters had formed poor opinions of the Earth and Mars. Some had formed a resistant force called the OPA. OPA aims to free belters from the ruling of the other two governments through guerrilla tactics, and they are considered as terrorists by the Earth and Mars.

Holden is from Earth (an Earther). He is a former UN Navy officer, dishonorably discharged after refusing a kill order from his superior. Boy scout is a perfect description for him.

Miller is a Belter who worked as a detective. He has a nihilistic view of the world. He generally doesn’t care about the detective work; however, he is good at it when needed to be.